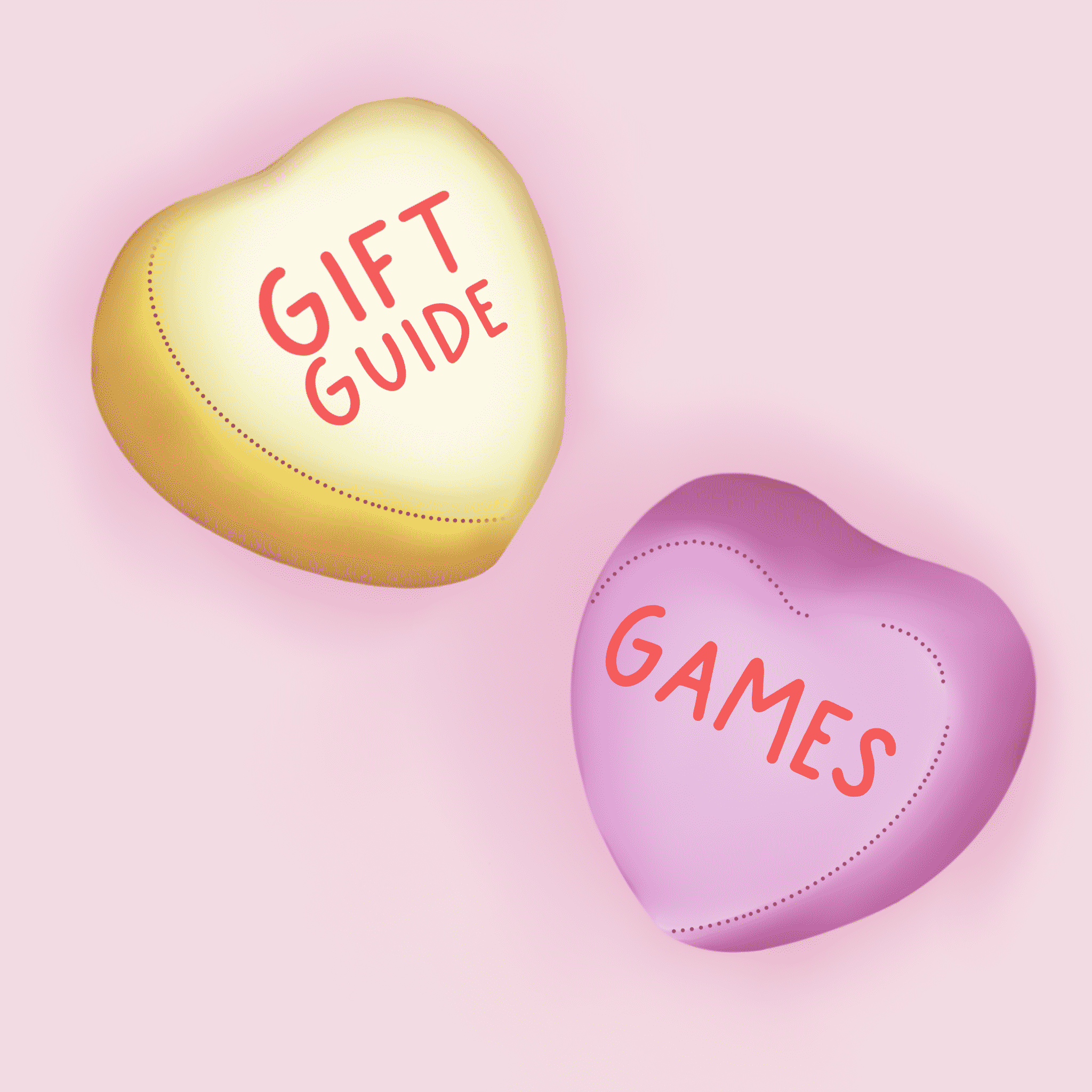 Needless to say, Valentine’s Day is looking pretty different this year. Because you’re not able to take your loved one out on a traditional Valentine’s Day date, you may be trying to think of good gift ideas instead. It can be challenging to think of fun gifts, especially when you may have been isolating together! So, to help you out, we’ve rounded up some of our Valentine’s Day gifts ideas for your life partner, who would probably love something fun to do! If you’d like to see all of our recommendations in one place, check out our Valentine’s Gift Guide 2021 Collection! If you’re located in Kingston, we have free same-day local delivery if you order before 5 PM daily. We also have rates for areas surrounding Kingston, and free Canada-wide shipping over $100!

Share your love or appreciation with a handwritten greeting card. The blank interior in all of our greeting cards lets your note take centre stage. 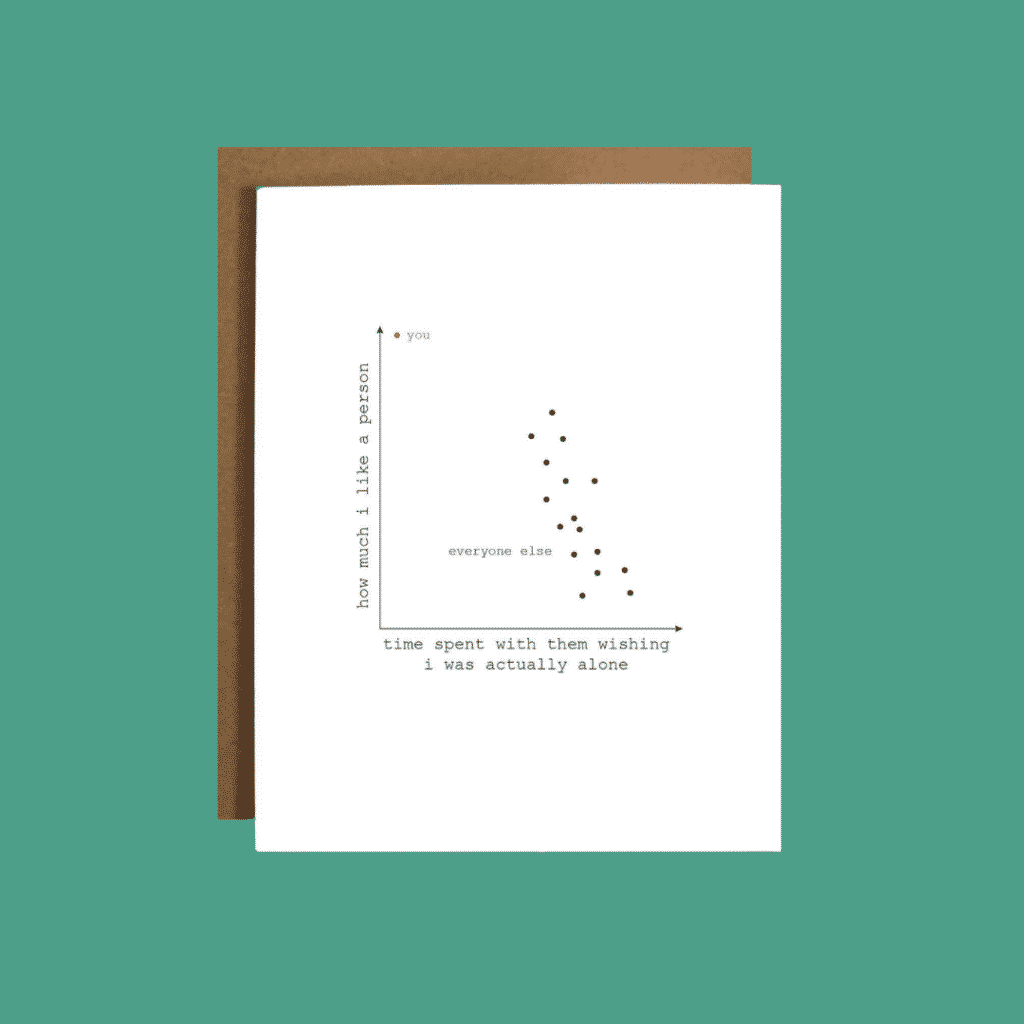 Are you an introvert who doesn’t typically like people? Show that special person in your life that they’re an outlier compared to the rest. 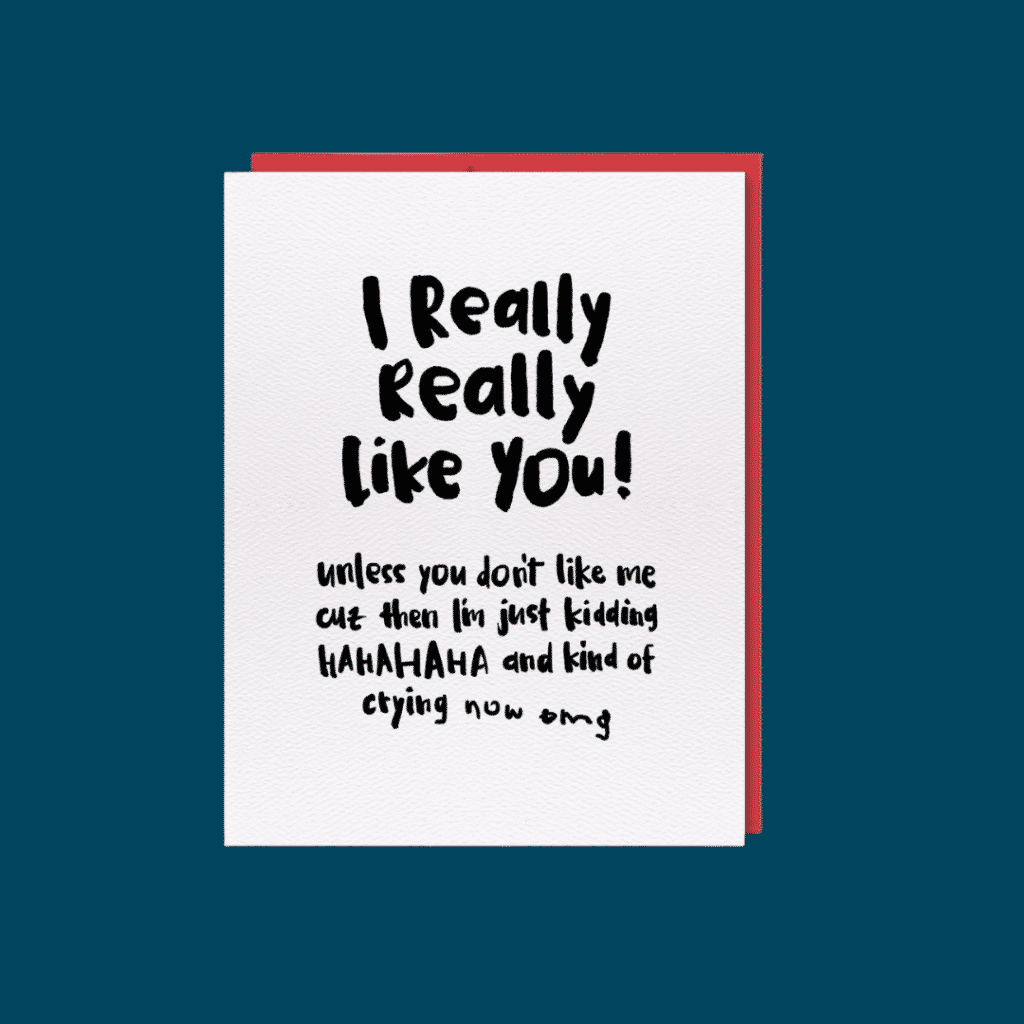 Perfect for your crush, or your partner that has a good sense of humour! 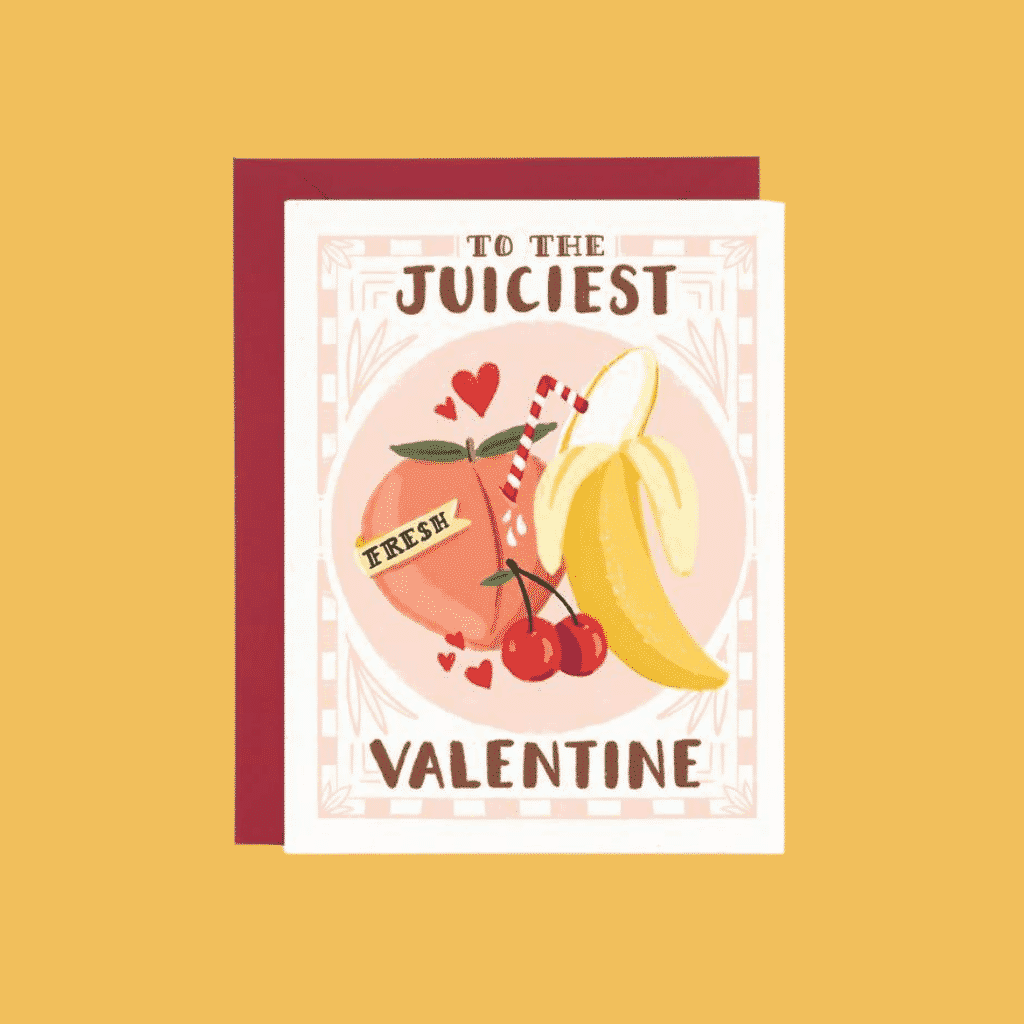 Best board games under $20 for Valentines Day

If you’re not entirely sure where to start, this section can help you choose an affordable gift for every type of valentine. Plenty of our top-selling board games fall under this category, including some “easy to learn” games! 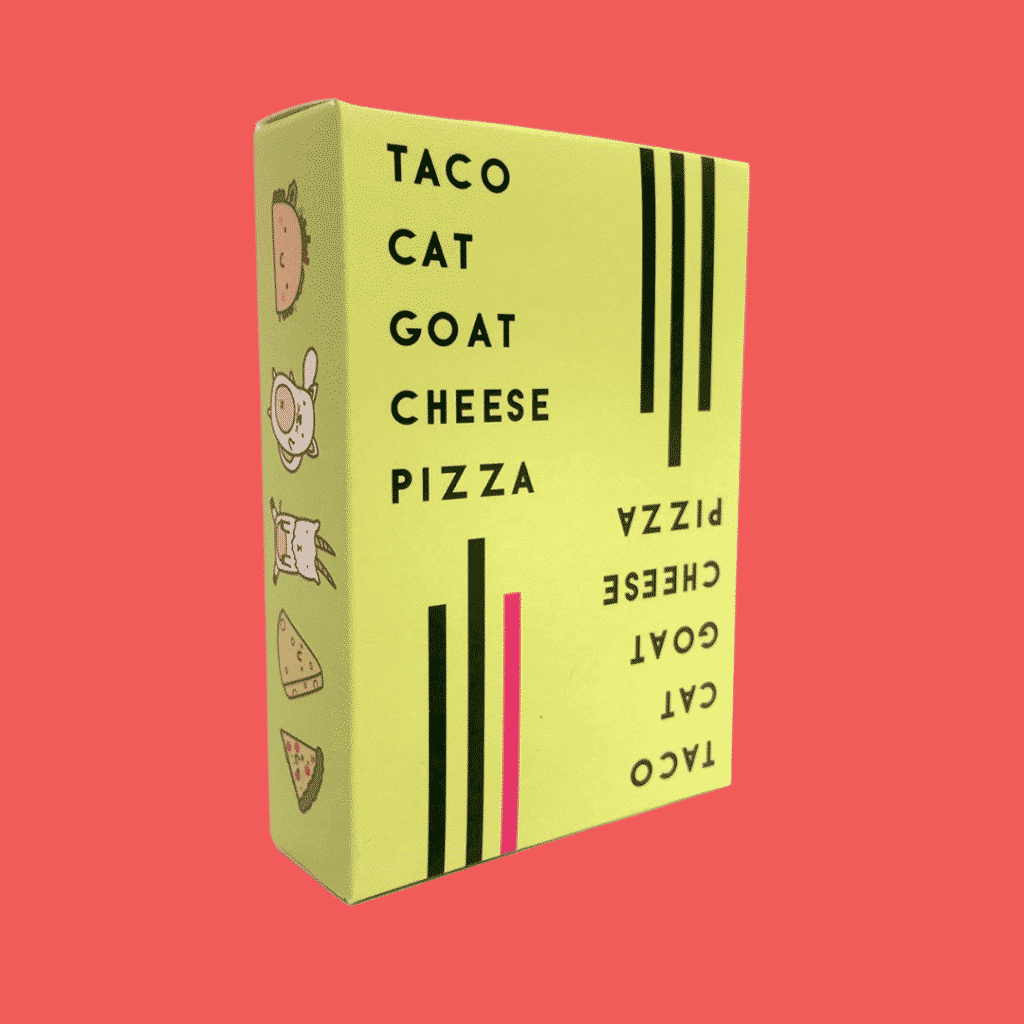 This game is brand new to Improbable Escapes: Wonderland! This is the social card game that’s going to change your game night forever! This addictive game is as unique as it’s name; it’s a power-packed quick and simple party game. Race against each other to slap a match between a card and spoken word. But watch out- your mind will play tricks on you! 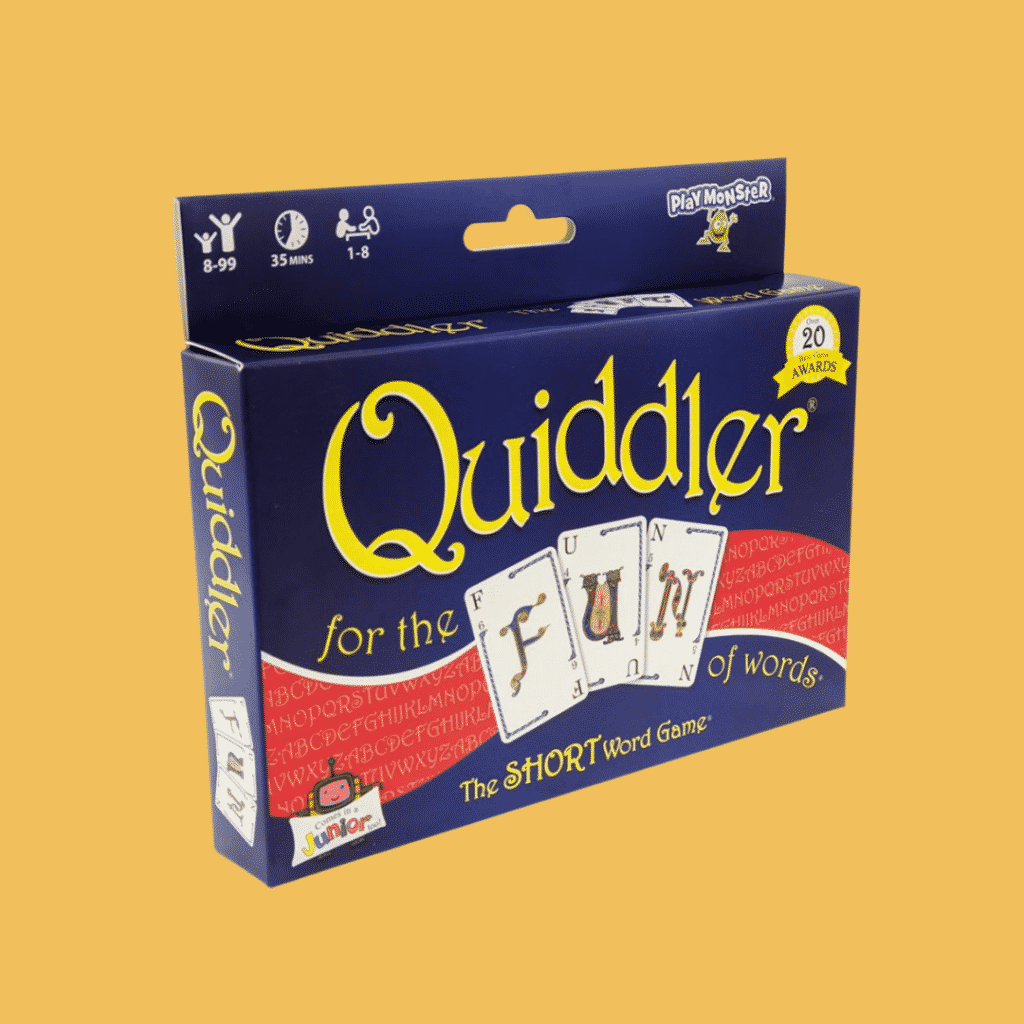 Also new to Improbable Escapes: Wonderland, Quiddler challenges players to create words from an ever-increasing number of letter cards in their hand. The game lasts eight rounds, with three cards being dealt to each player in the first round, four cards in the second, five in the third, and so on. Each card has one or two letters on it, as well as a point value.

Other tried and true fan favourites include our Exit The Game series ($19.99), which is an escape room in a box. We find that they’re an excellent 2-player experience, and very satisfying: you rip up pieces and manipulate items as you play! There are so many different themes to choose from, with The Cemetery of the Knight and The Enchanted Forest as the newest releases. These games will get your brain working as you try to solve your way through various missions.

If you’re looking for some light and easy games to play, try Zombie Dice ($19.99) and Ghost Blitz ($19.99). Both of these games are incredibly easy to learn, and a great “coffee table” game. You can pick them up and play whenever you’re looking for something fun to do! Other great coffee table games includes Chroma Cube ($19.99), which is a colour-based deduction puzzle. This game has 12 wooden cubes, that may look innocent enough while sitting in their tray. However, figuring out which cube belongs in which spot can be quite the challenge! Players try to decipher the cryptic clues on the 25 puzzle cards that accompany this set, to determine how the colours should be arranged.

Size matters in this game.

This is the game of measurement… biggest to smallest, heaviest to lightest, longest to shortest. Try and put everything in the right order. In this game, guessing is half the fun!

We’re getting into some more “strategic” board games in this category, which is a great replacement for flowers, chocolates, jewellery, etc! These games will showcase more of your imagination and thoughtfulness when picking out a gift for your loved one. 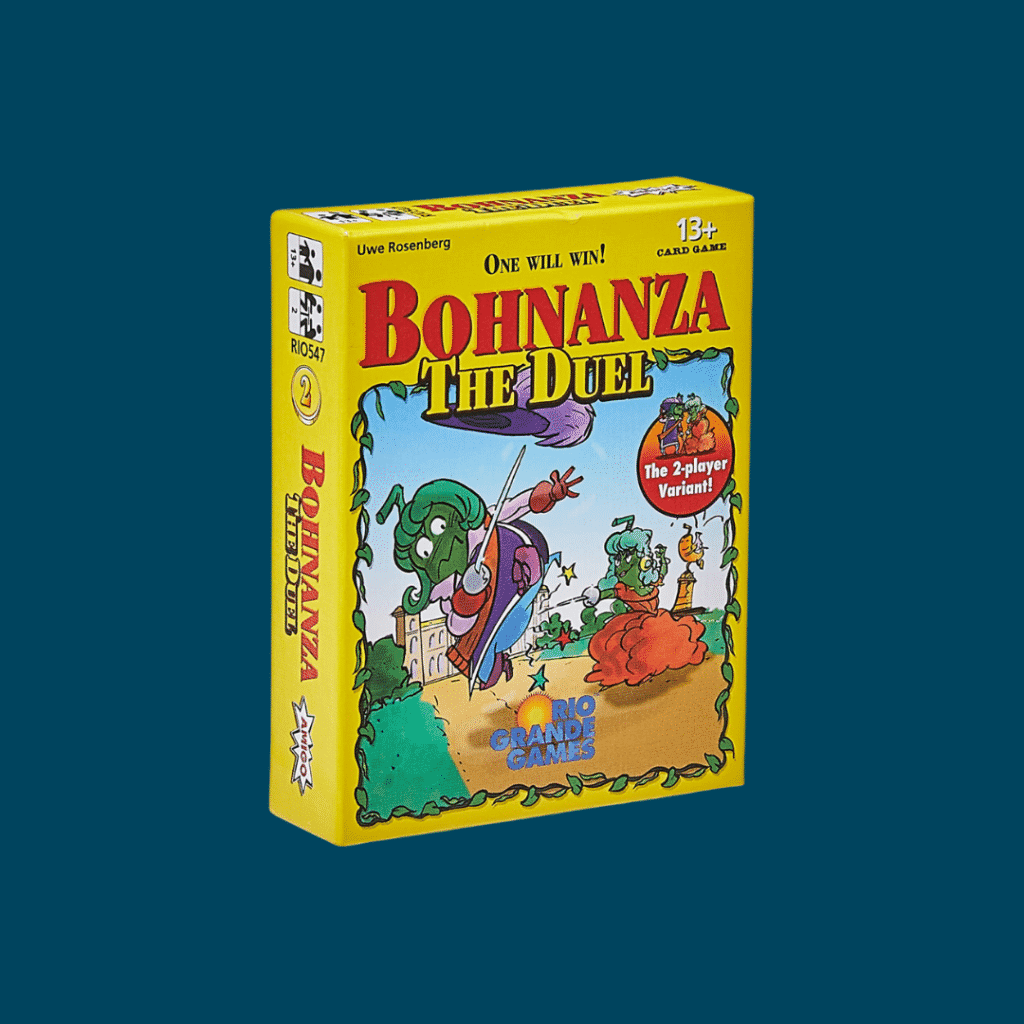 In this game, players grow various varieties of beans and harvest them to earn gold coins. Each player can “gift” their opponent beans they do not want. Your goal is to earn more gold coins than your opponent! 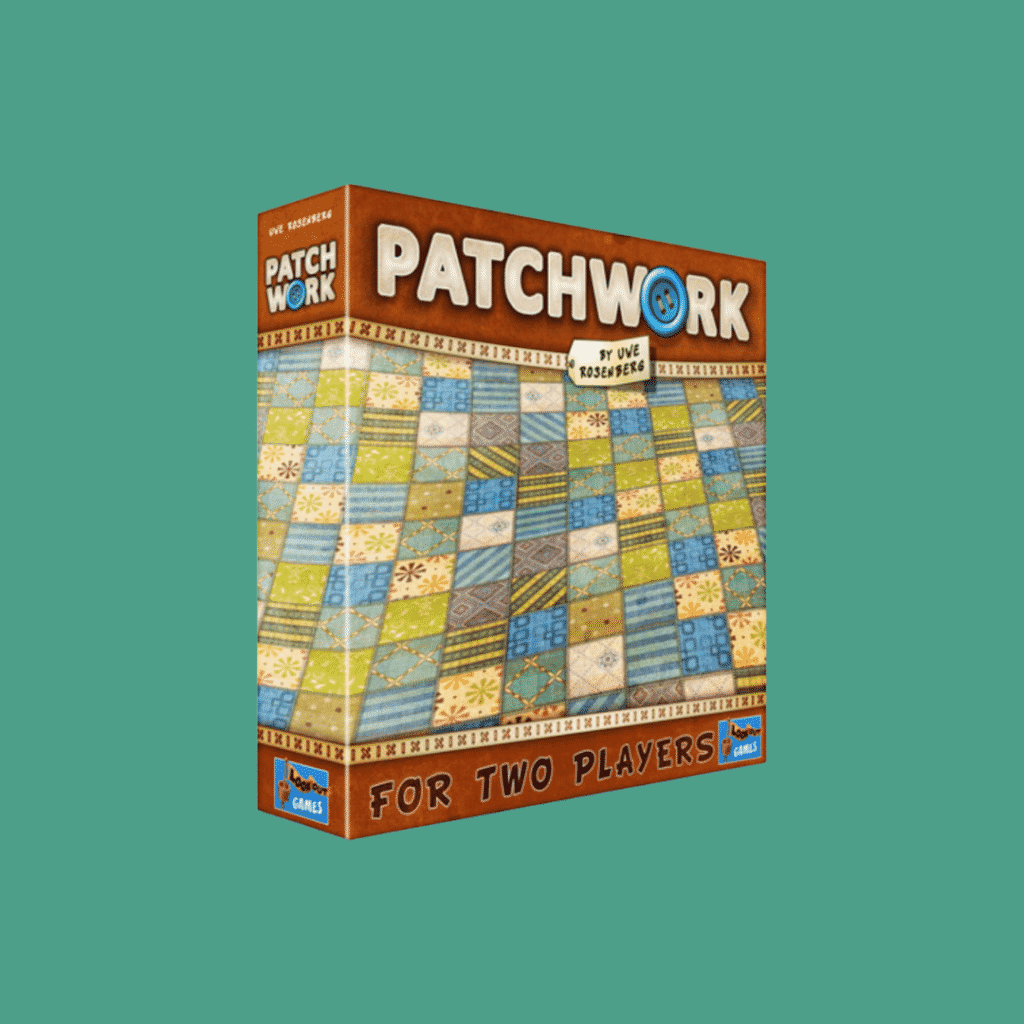 This game is well-regarded as a game that’s perfectly designed for 2 players. In Patchwork, designers use precious fabrics to create beautiful textiles. Players work to create a beautiful quilt, which requires effort and time, but the available patches just don’t want to fit together! 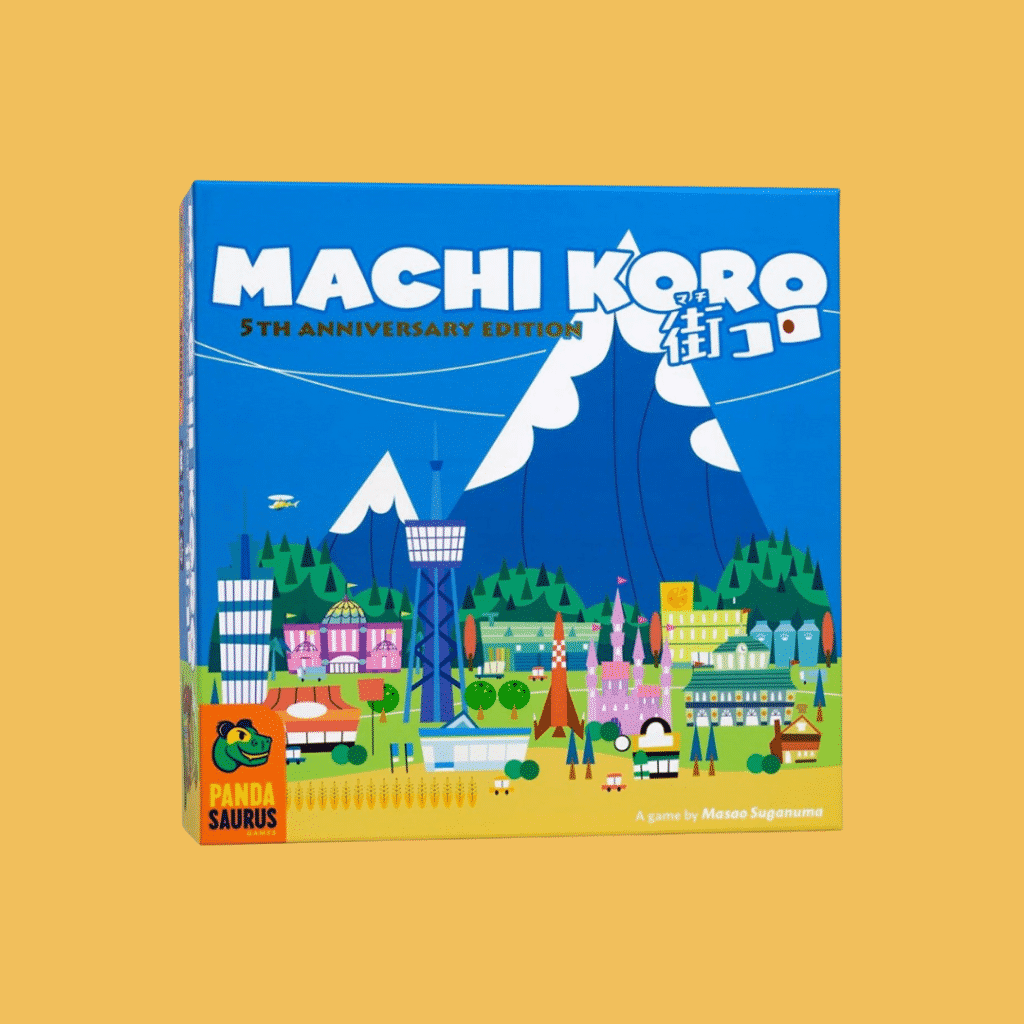 Machi Koro is the biggest smash-hit from Japan, with more than 1,000,000 copies sold, and with multiple “game of the year” nominations and wins. It’s a simple game that every family and gamer should have in their collection! It’s a great fast paced game for 2-4 players.

There are plenty of games within this price point that are excellent 2+ player games that would be great for your collection. Many of the games that we carry at Improbable Escapes: Wonderland are best sellers during the Christmas season, because it’s a mix of popular award-winning games within an average gift budget.

We have a bunch of new games within this budget too, including Mysterium Park ($39.99) and Lanterns: The Harvest Festival ($40.99).

Mysterium Park was just released at the end of 2020, and falls within the Murder/Mystery and Party Game categories. At its heart, this game is a condensed version of Mysterium, which was considered a milestone in immersion and role-playing.  In this game, the park’s former director has disappeared. Since that night, weight things have been happening at the fairgrounds. As psychics, you and your fellow players are convinced that a ghost haunts this carnival, and you’re now intent on giving it a chance to reveal the truth! In this cooperative stand-alone game, the ghost sends visions with illustrated cards. The psychics try to interpret them in order to rule out certain suspects and locations. Then, they’ll seize their only chance to piece together what happened to the director. You have only six nights before the carnival leaves town… Open your minds and find the truth!

In Lanterns: The Harvest Festival, players have a hand of tiles depicting various colour arrangements of floating lanterns, as well as an inventory of individual lantern cards of specific colours. When you place a tile, all players (you and your opponents) receive a lantern card corresponding to the colour on the side of the tile facing them. Place carefully to earn cards and other bonuses for yourself, while also looking to deny your opponents. Players gain honour by dedicating sets of lantern cards — three pairs, for example, or all seven colours — and the player with the most honour at the end of the game wins! 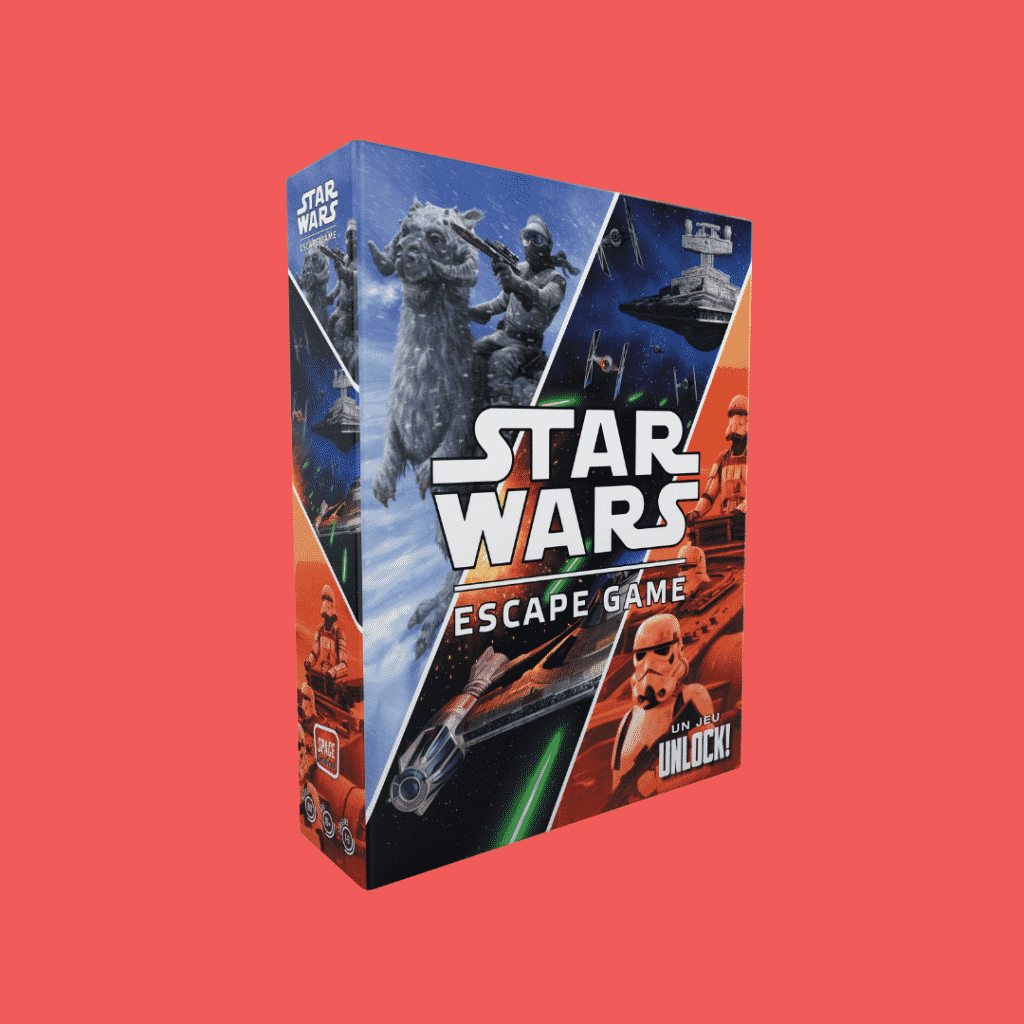 This new game is often out of stock at Improbable Escapes: Wonderland, because it’s so popular! This cooperative escape room game includes 3 adventures full of ships, droids, and action! 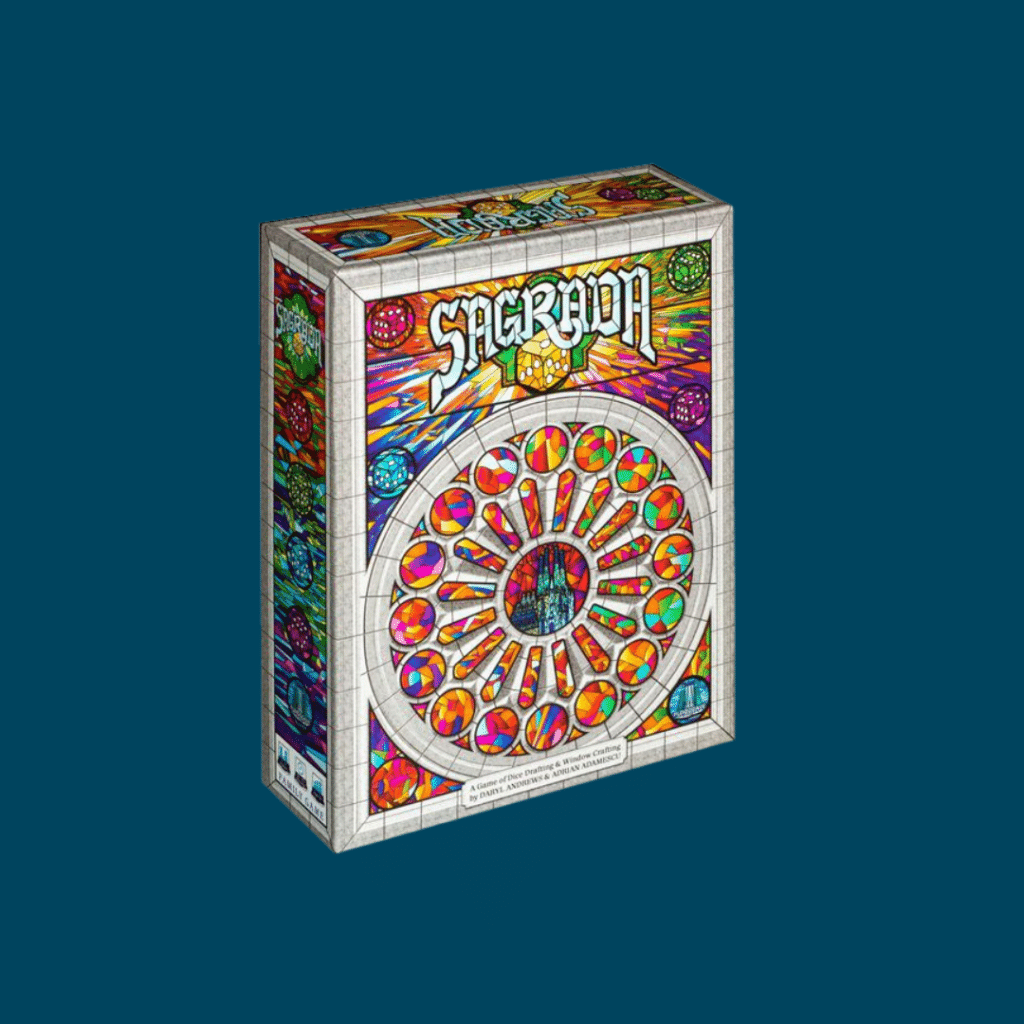 As a skilled artisan, you will use tools-of-the-trade and careful planning to construct a stained glass window masterpiece. Gain prestige by adapting to the preferences of your fickle admirers, and of course, by adding your own artistic flair while completing your glass masterpiece in Sagrada. 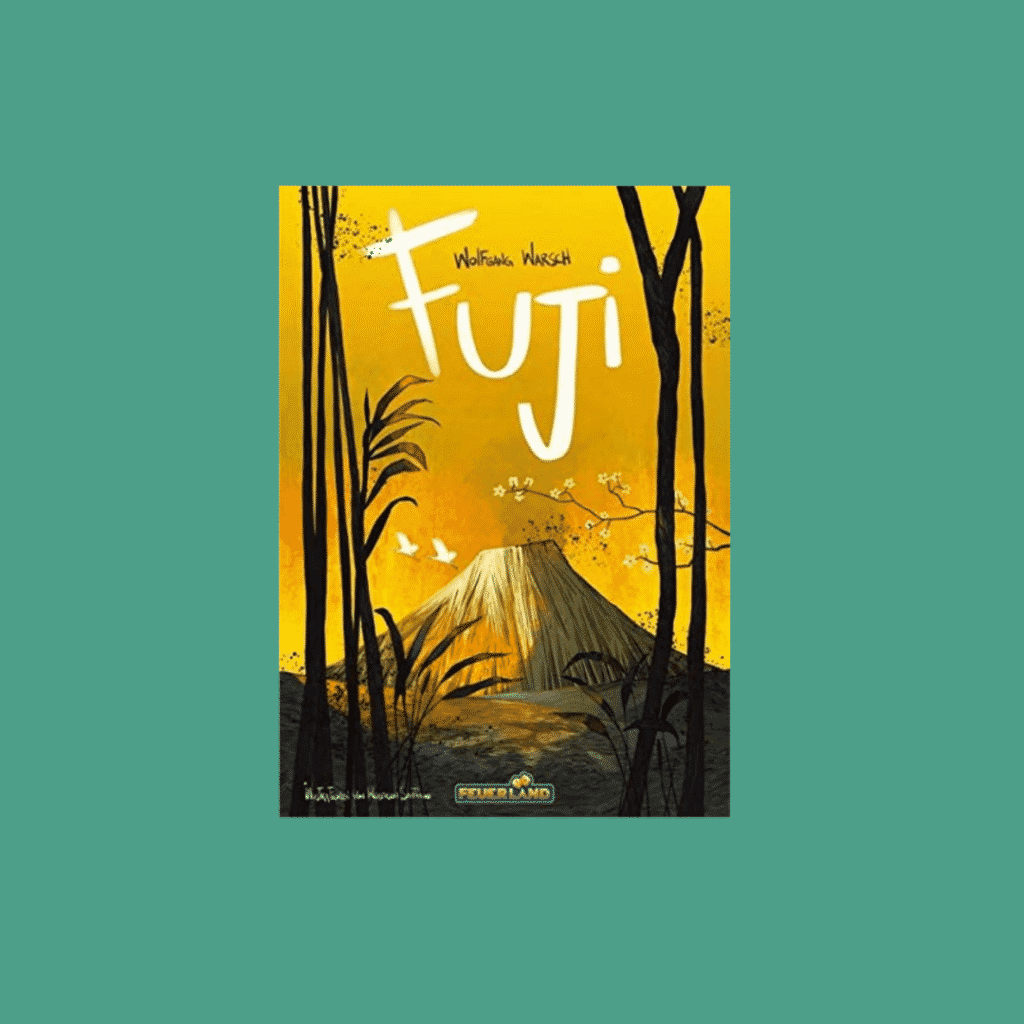 In this cooperative dice game, players simultaneously and secretly roll their dice behind their screens in each round. During the game, you must find the best way across a certain number of terrain cards to the safe village for each player.

Between the $50 and $100 price mark, we have a variety of award-winning games that are well worth the cost. With many award-winning games, if you’re looking for a well designed and potentially addictive game… this category is for you!

Let’s start off with our #1 seller in our board game shop: Splendor. In this game of chip-collecting and card development, players are merchants of the Renaissance trying to buy gem mines, means of transportation, shops—all in order to acquire the most prestige points.

This game is addictive, and will be an easy favourite that you’ll keep returning to. We now have a Marvel version of Splendor as well, called Splendor Marvel. 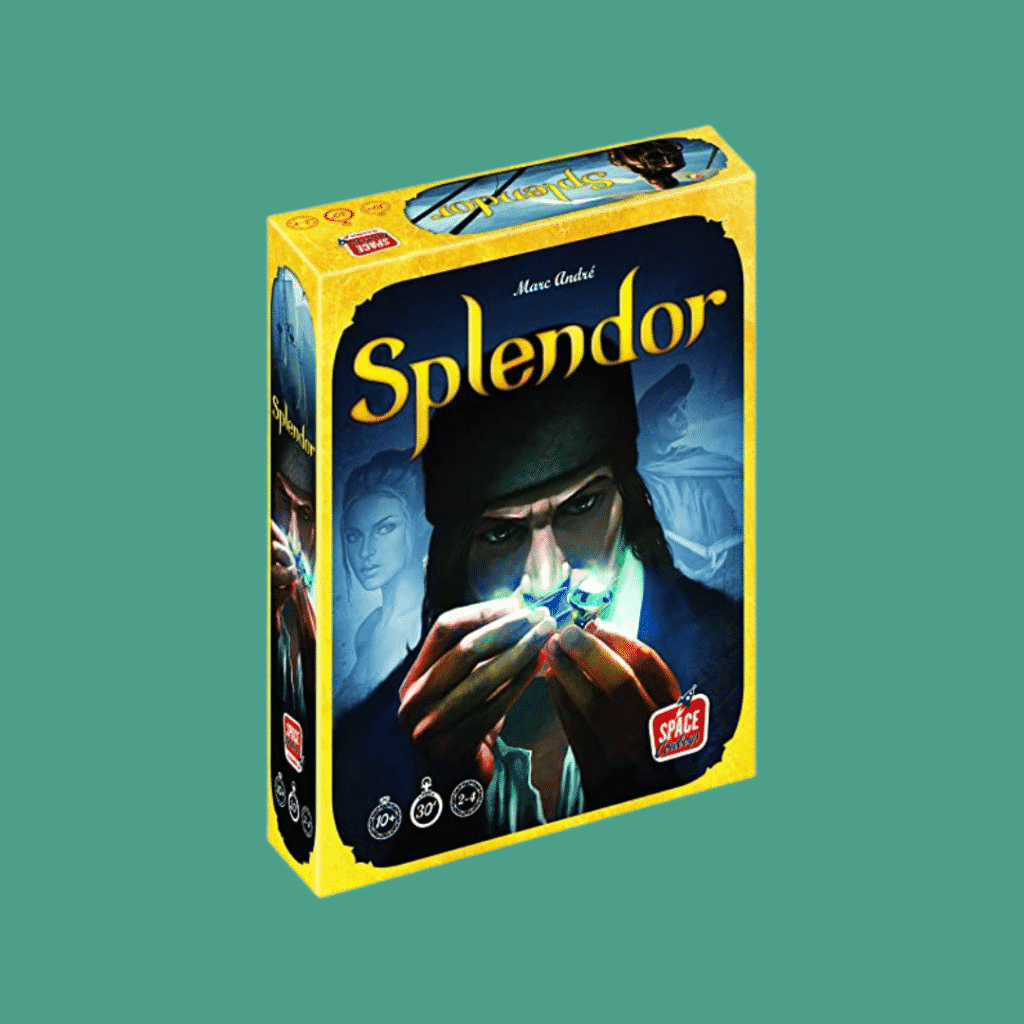 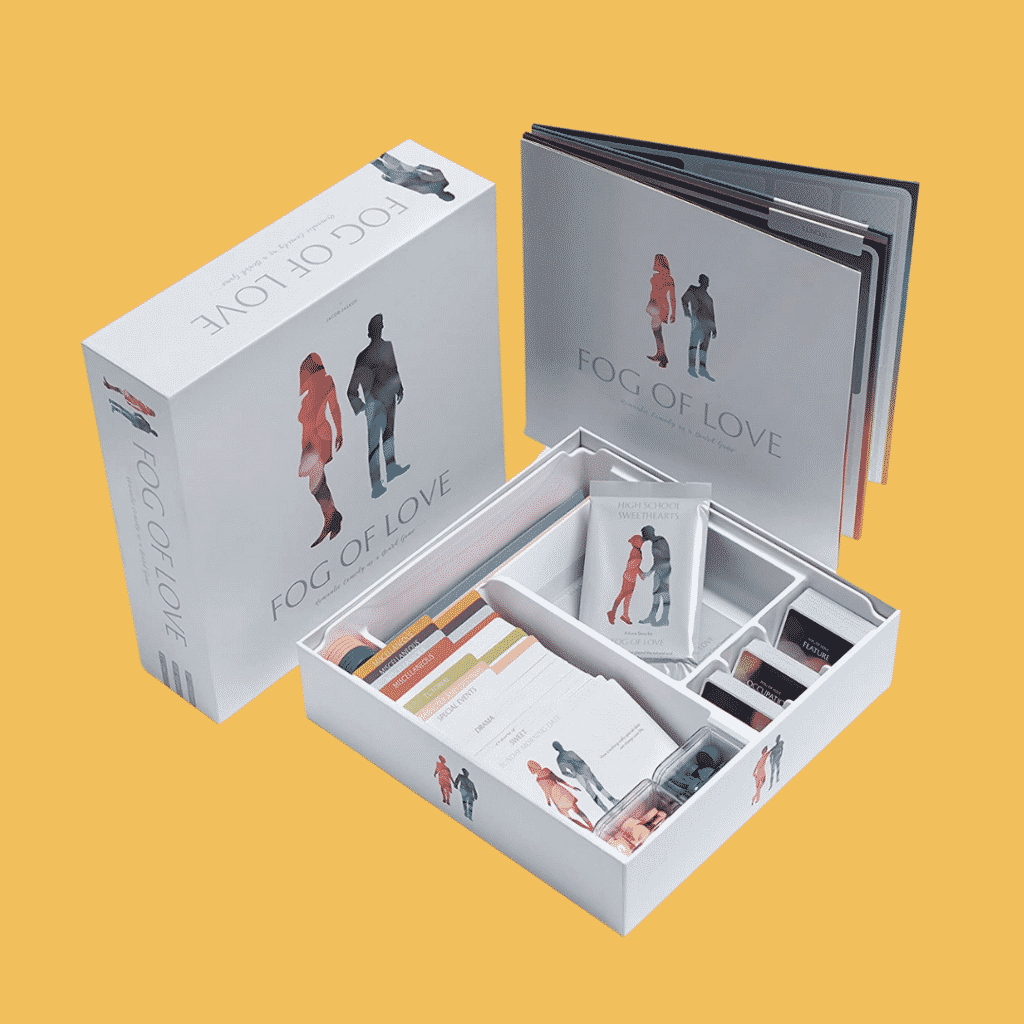 Fog of Love is a game for two players, where you create and play two vivid characters who meet, fall in love and face the challenge of making an unusual relationship work.

Playing Fog of Love is like being in a romantic comedy: roller-coaster rides, awkward situations, lots of laughs and plenty of difficult compromises to make. Much as in a real relationship, goals might be at odds.

You can try to change, keep being relentless or even secretly decide to be a Heartbreaker. It’s your choice. The happily ever after won’t be certain, but whatever way your zigzag romance unfolds, you’ll always end up with a story full of surprises – guaranteed to raise a smile! Buy Now: $69.99

Another top seller; this epic contest of sinister power has players take on the role of a Disney villain. To win, you must explore your characters unique abilities and discover how to achieve your own story-based objective. Each villain guide will inspire you with strategies and tips. Discover your characters unique abilities and winning strategy while dealing twists of fate to thwart your opponents’ schemes. Once you’ve figured out the best way to play as one villain, try to solve another. 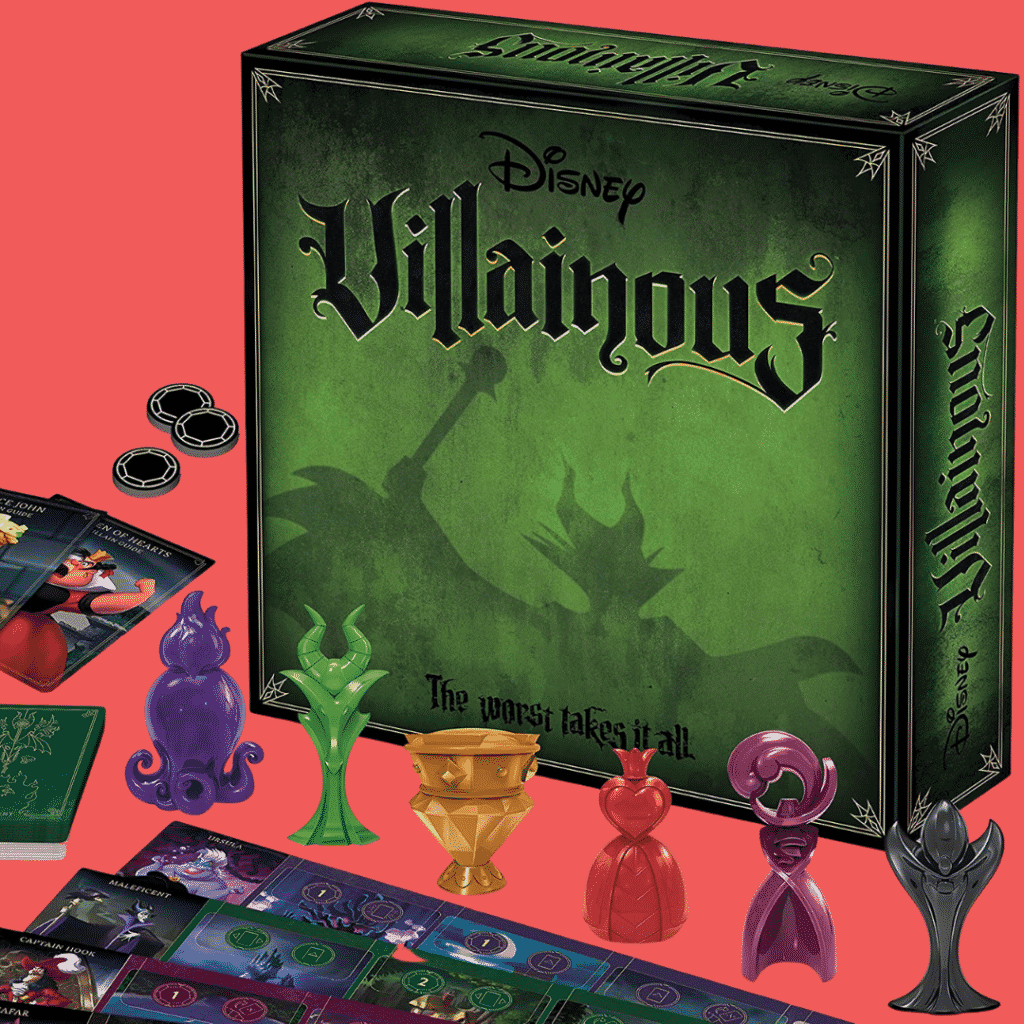 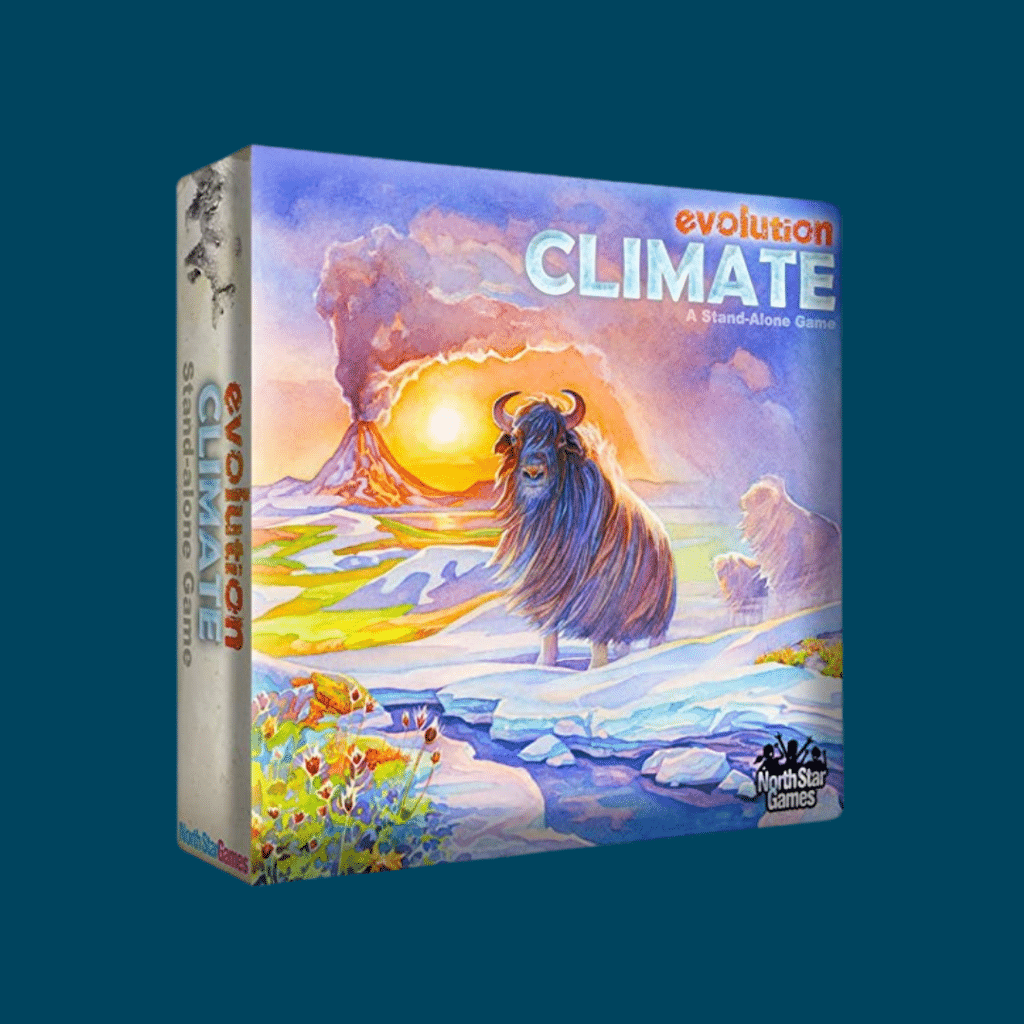 In Evolution: Climate, players adapt their species in a dynamic ecosystem where food is scarce, predators lurk, and the climate can swing between scorching hot and icy cold. Traits like a Hard Shell and Horns can protect your species from Carnivores while a Long Neck will help them get food that others cannot reach. Heavy Fur and Migratory can protect your species from the cold while being Nocturnal or Burrowing will provide protection from the cruel desert sun. With over 200,000 ways to evolve your species, every game evolves into a different adventure.

If you’re still a bit lost and need some more gift suggestions, did you know we have a board game curator phone line? You can call and ask our curator to pick a game out just for you! Shoot us an email at info@improbableescapes.com, or call 1-800-570-0436 ext 5 for more help.